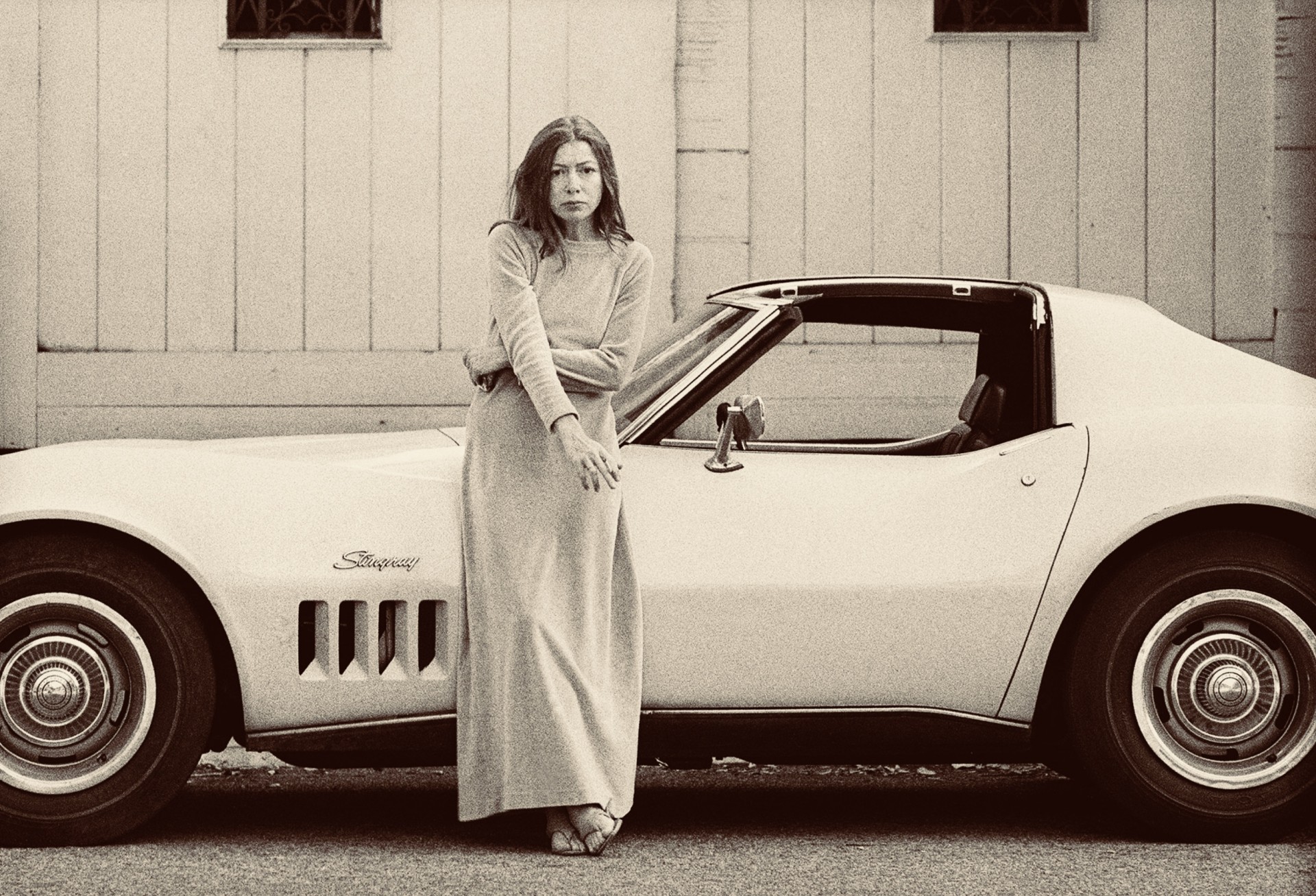 17 days ago in SoF choice

We will all experience some magical thinking somewhere in our lives. That thinking of some big magic which might bring back something forever lost. The magical woman behind oversized black shades is Joan Didion, writer and journalist, author of a book The Year of Magical Thinking. 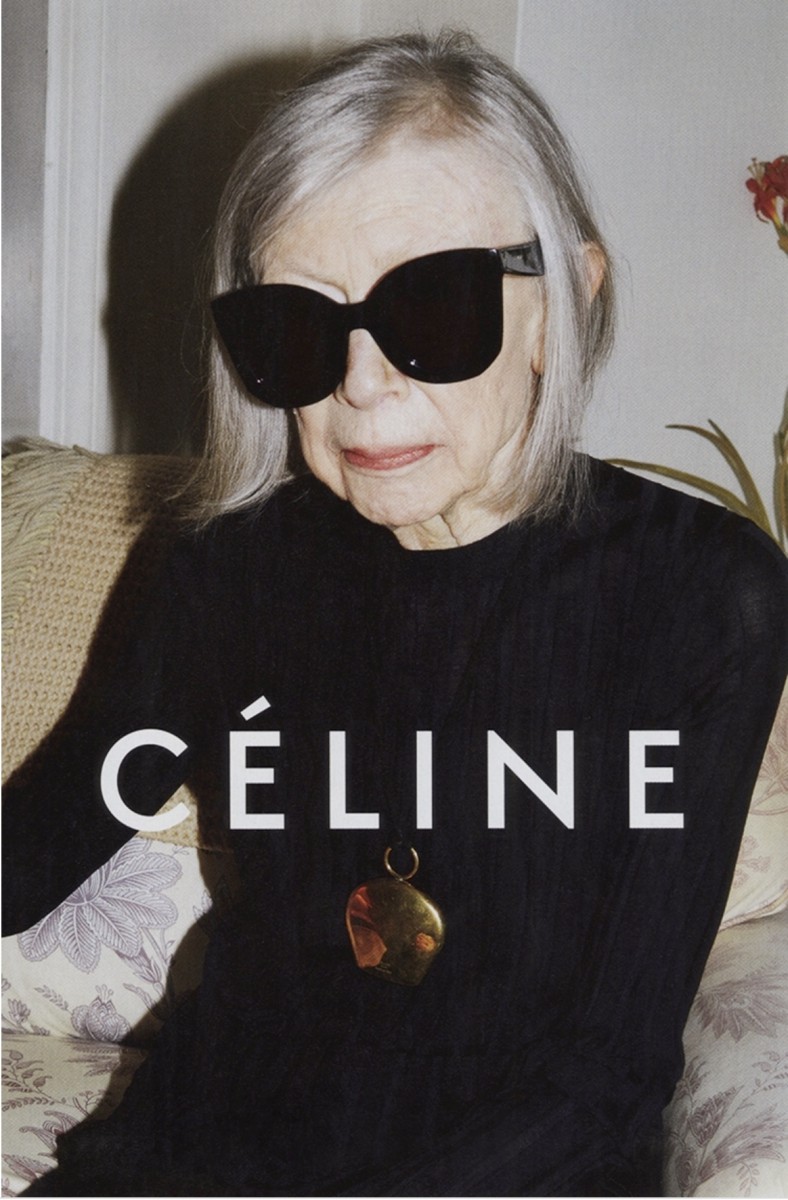 “I see now that my insistence on spending that first night alone was more complicated as it seems, a primitive instinct. I needed to be alone so that he could comeback. This was the beginning of my year of magical thinking.”

She wrote book after a loss of her husband, when she obviously wanted time to start clocking backwards. To me the book was revelation of feelings after you lose someone very close to you; feelings I have not yet been exposed to. And I do have a great fear of them. Honestly I’ve been thinking about death and mortality more lately and dislike the ideas greatly. 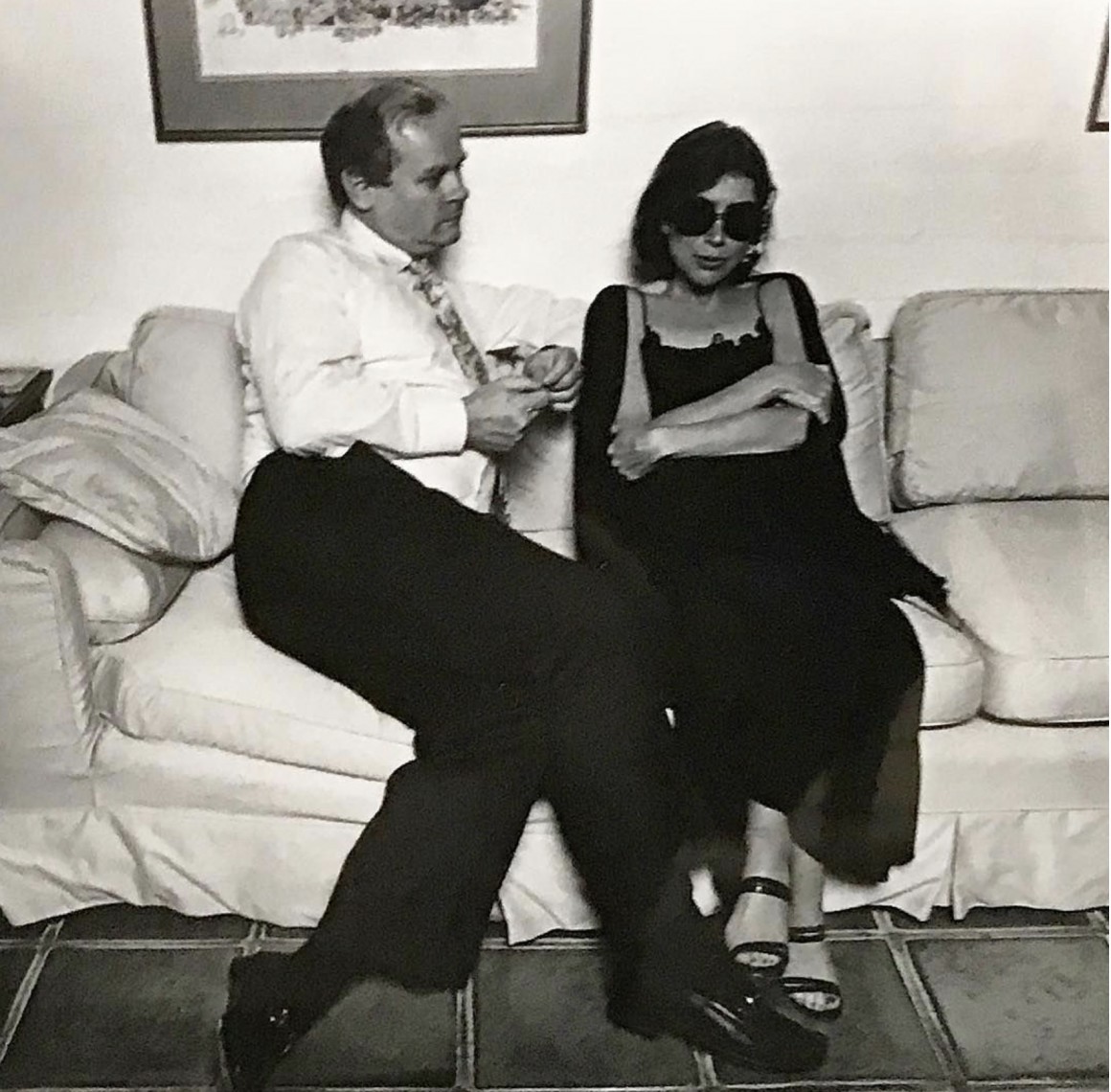 I might get a speeding ticket on the road to magical thinking just right now, because I needed to bring back my enthusiasm about business plans to override worries with smiles, to fly on hopes and dreams again, to charge my elder knowledge with youth optimism. I can easily translate her agony in search of magic to our everyday lives: waiting for lunch to be cooked by itself, washing done, your mind and body to get back in excellent condition overnight... 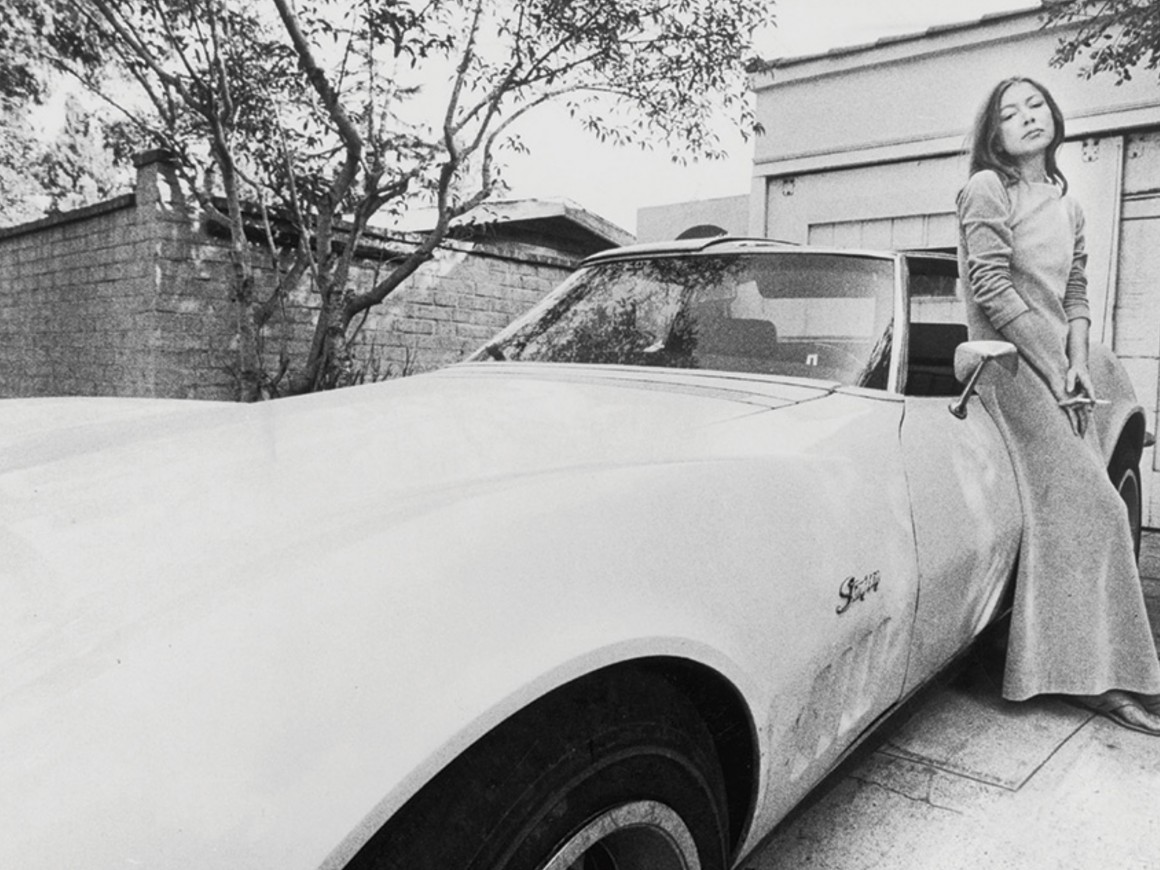 We also want to go back in time to have Philo Phoebe at Celine again. The old Celine stuff out there is the hottest stuff in vintage, secondary market at the moment. No wonder though, as the era has terminally ended. Plus, the unexpected, radical change of brand attitude and corporate presentations after Phoebe have been gone are mind blowing. I am suspecting that a number of Celine even rose after Hedi Slimane presented his first ever collection for Celine. Well, it gained me for sure. I was always a lover of Celine aesthetics, who after apostrophe was gone, stopped just flirting and signed for religion. 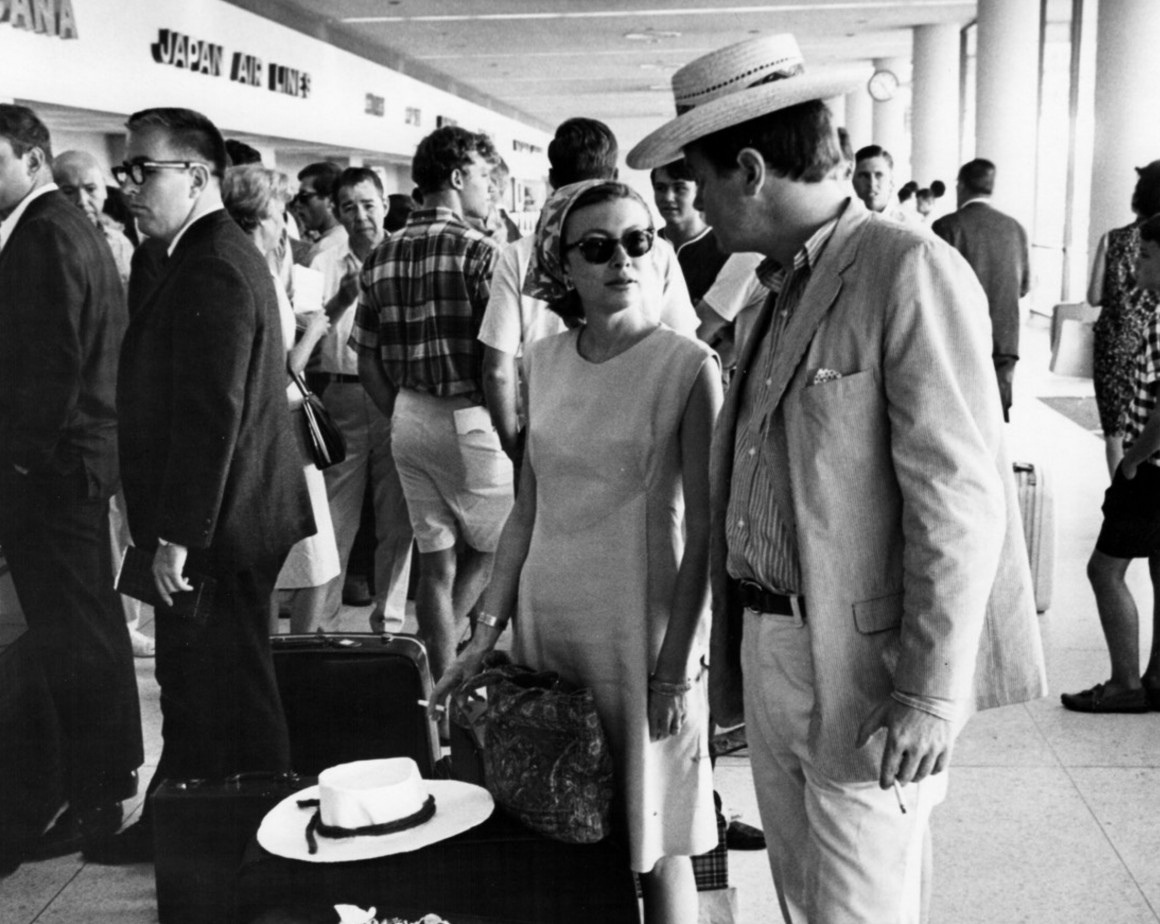 So, the year of magical thinking in fashion started in 2018. I need oversized black eyeshades for the sake of magic strike. I expected to be accompanied by massive light. Further on, I signed off for the dress worn by Joan Didion in a famous photo of her, sitting in a corvette. Her style discloses old Celine resemblance and it is known that Didion was a great role model to Philo. Let’s be patient and see where Philo is headed and be prepared when the magic happens. Cause in this case, hopefully, the lost will be found again. 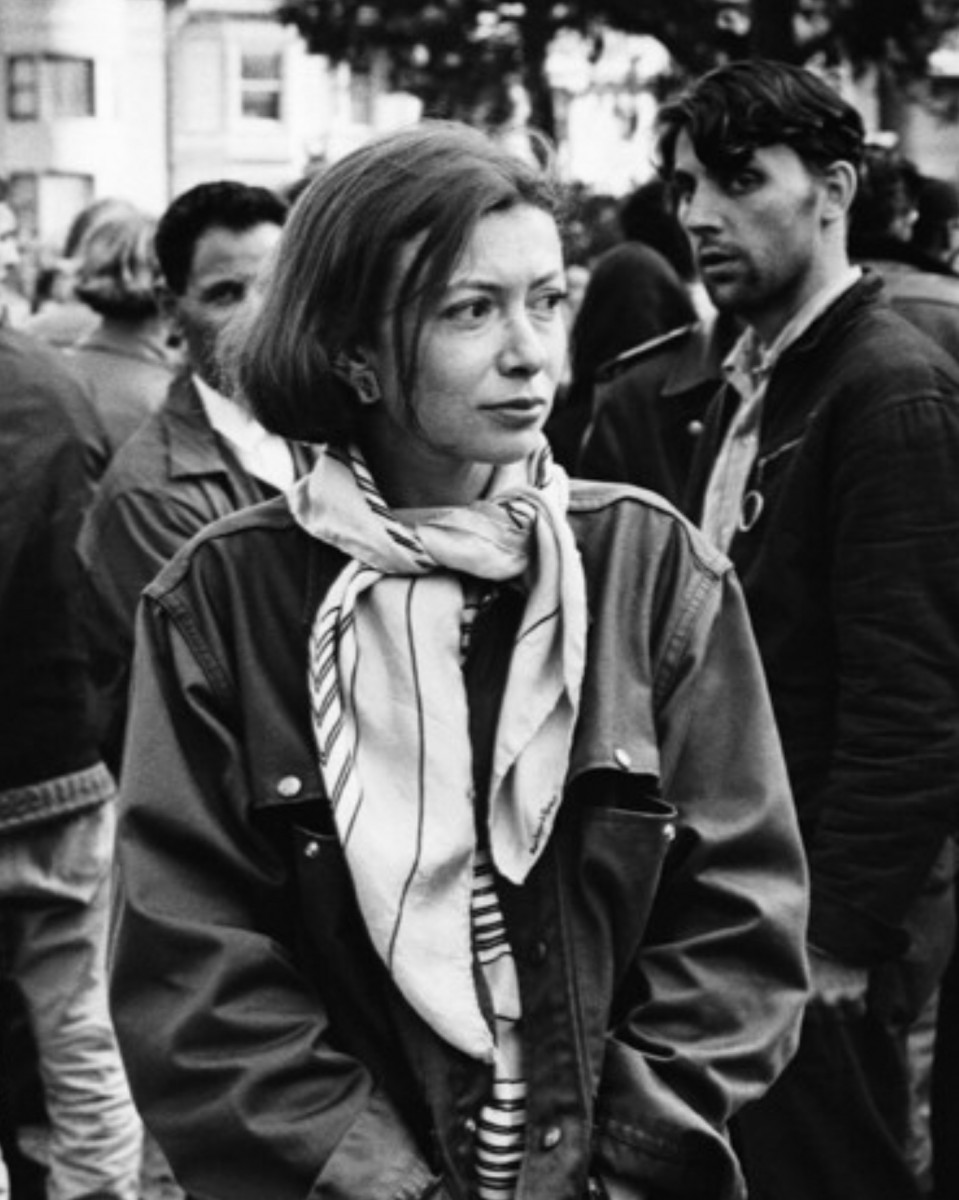 “Grief, when it comes, is nothing we expect it to be.”
“We might, in that indeterminate period they call mourning, be in a submarine, silent on the ocean’s bed aware of the depth charges, now near and now far, buffeting us with recollections.”

“Grief is different. Grief has no distance. Grief comes in waves, paroxysms, sudden apprehensions that weaken the knees and blind the eyes and obliterate the dailiness of life.” - The year of magical thinking, Joan Didion, 2006 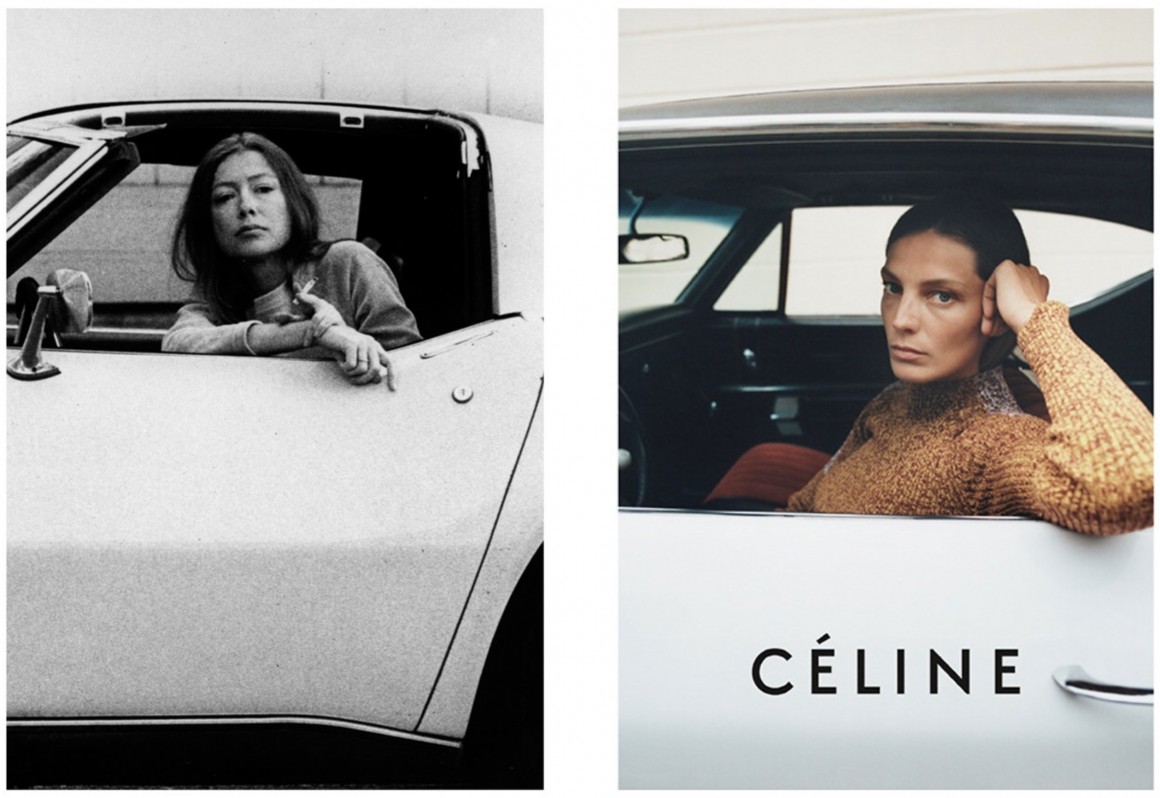 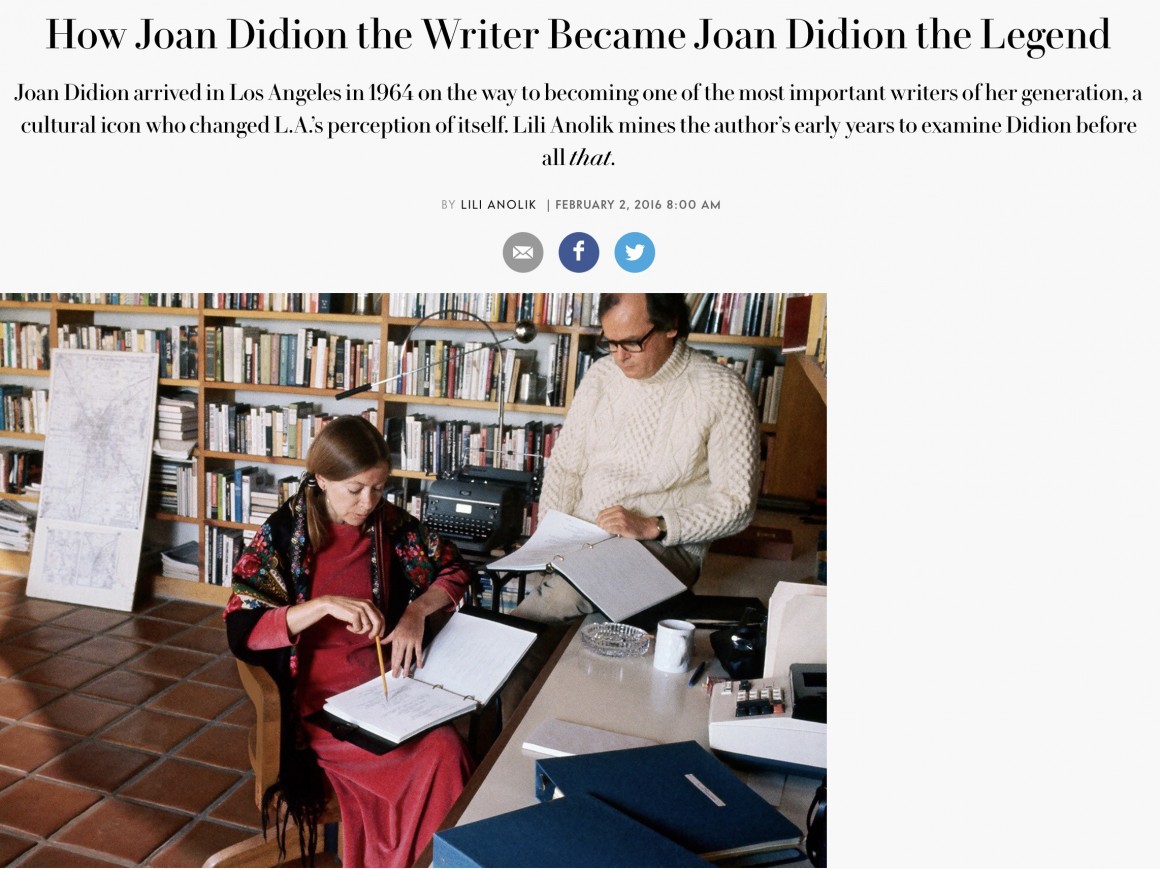 "In this piece’s opening I called Didion a femme fatale. I said it to startle and I said it because it’s true. I suspect she’s one in life. I know she’s one in art. Her method, which is also her genius, has been to attenuate nature, strip it of its force and vitality. And then nature did that to her. Did it by aging her, taking away her youth and beauty. Did it again, and more violently, by taking away those she loved most. With just about anybody else, it would have ended there—heartbreak of that magnitude breaking the spirit and the will, as well. Not with Didion, though. She did it right back to nature. Magical Thinking and Blue Nights are loss and grief and pain transformed into meditations on loss and grief and pain; they’re loss and grief and pain aestheticized. Death has always been Didion’s great subject and theme, as it was Warhol’s. And in these memoirs, she’s confronting it directly, more than confronting it, besting it. Art won out over life, another way of saying the artist won out over the human being. It’s her triumph. It’s also her tragedy." By Lili Anolik, Vanity Fair, 2016
[read more here]. 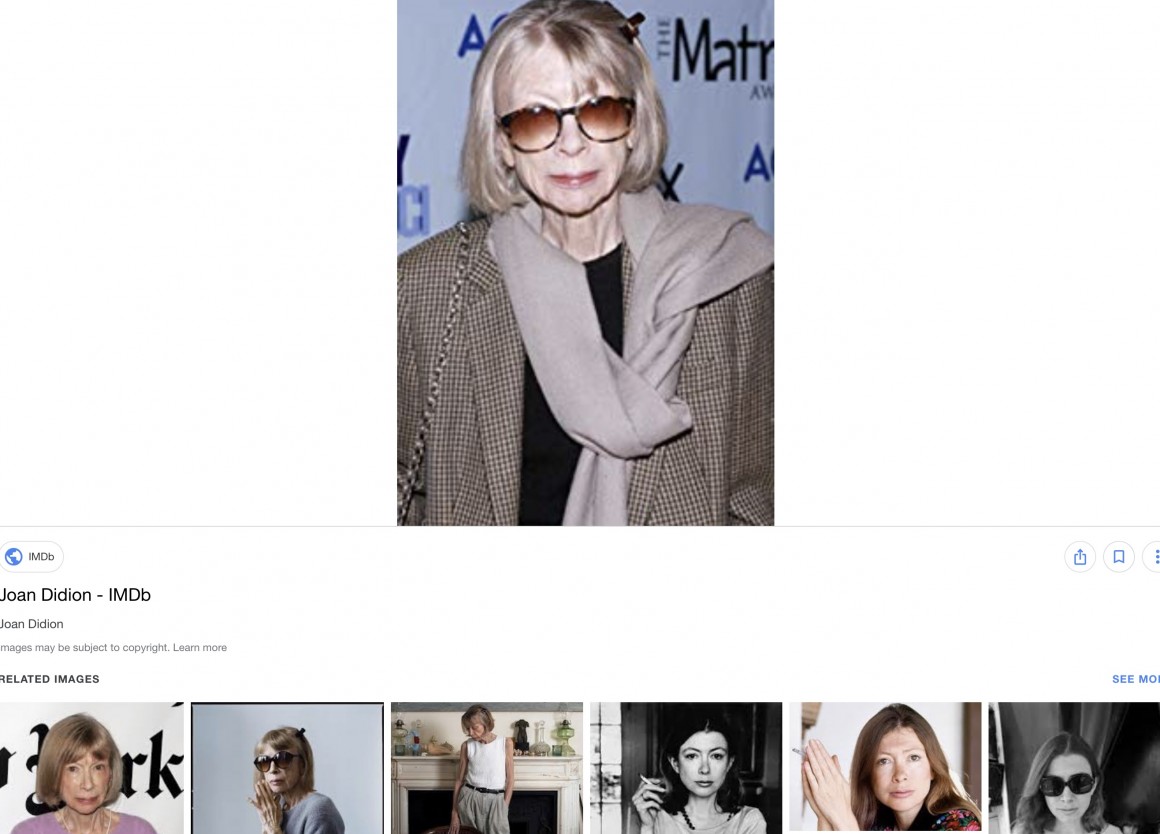